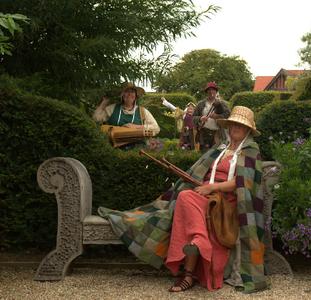 Rough Musicke often encamp at events in traditional medieval tents creating a large village like encampment.  Many members of the group when not playing in the band are also traditional crafts people. These skills are demonstrated at events the band attend through the year. Crafts include Blacksmith, Early printing press & engraving, Music instrument demonstrations, Scribe & wheat weaver. 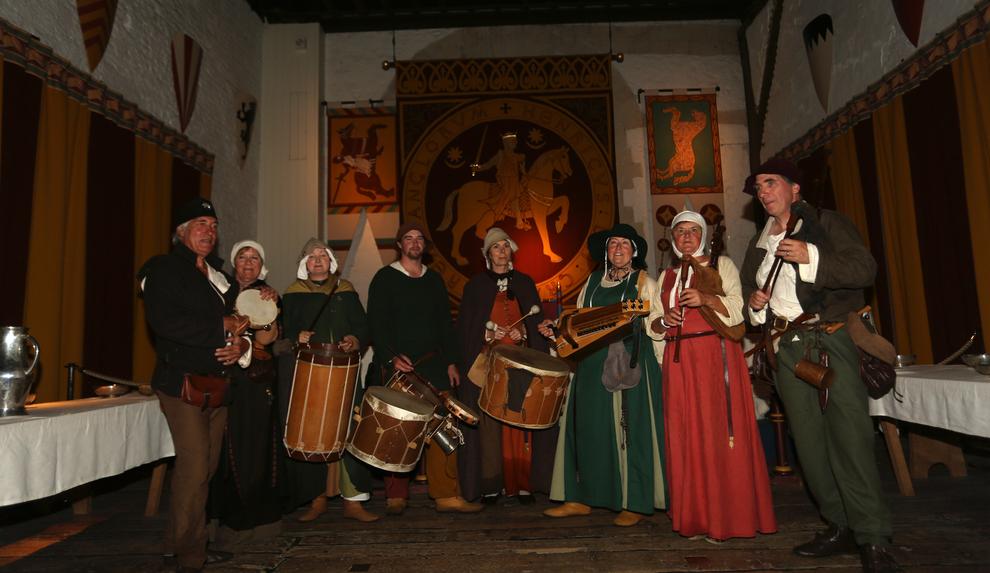 Rough Musicke's sound combines early music traditions and raucous percussion. The line-up of seven musicians  & 3 1/2 dancers play a range of traditional and reproduction period instruments, including hurdy gurdy, bagpipes, shawms, curtal, recorders, frame and side drums and tambourines. The strong rhythm section is key to the band’s personality, a sound that marks them out from other early music groups. Inspired by folk and street performers from the continent, the band aims to bring medieval and renaissance tunes to new audiences, playing danceable melodies in a style rarely heard in the UK.​​

The band are based in the medieval cinque port of Sandwich, Kent. Rough Musicke was an idea born from the Sandwich 1457 celebrations, organised by community heritage group BASH. A group of musicians were brought together by the events and, discovering a shared love of upbeat medieval music, formed a band in the autumn of 2007. An inspirational trip to the Greenwich Early Music Festival followed, and the band began to create a repertoire of tunes that continues to grow and develop .


Rough Musicke regularly appear at outdoor events including festivals, fairs and heritage events. With acoustic instruments designed to be heard across field and battle, they can be spotted leading armies, heading processions and bringing busy streets to a standstill with lively easy to learn dances led by members of the group which always get the crowd joining in . The band also has its subtler side – bagpipes and reeds give way to chamber instruments such as medieval fiddle, hurdy gurdy and hammered dulcimer for more intimate indoor performances. With a repertoire of consort music, songs and lively dance tunes, the band can provide tailored programmes to suit medieval banquets, concerts, weddings, dances and educational sessions for schools. 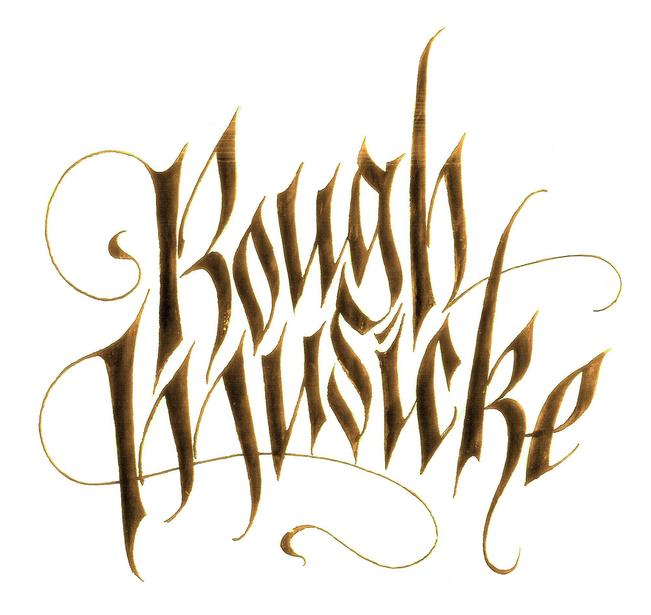